Menu
Get a quote

The Boroughs of New York City, According to Locals

NYC Movers » Blog » The Boroughs of New York City, According to Locals

New York City. The most famous city in the world! Chances are you already know about the boroughs (who hasn’t heard of Brooklyn or Queens?), but how much do you actually know about the city that never sleeps?

One of the things we love about our city is that it’s diverse — like no other place in the world. Unlike other cities, New York is composed of several smaller cities consolidated into the 5 boroughs. So what are they? The five boroughs of New York were consolidated in 1898, with the largely rural Queens and Staten Island coming together with Manhattan, Brooklyn, and the Bronx.

If you’re moving to or within New York, it’s crucial that you pick the right borough. It’ll dictate the average housing costs you’ll pay, what you’ll have access to, and the overall vibe of your daily life. In other words, you’ve got some pretty serious decision-making to do!

Here at Lou Moves You, we’re a team of moving experts born and raised in this wonderful city. So let us take you on a journey, traversing the map of NYC boroughs, to help you find your new home.

What are the Five Boroughs of New York?

Home is where the heart is, which is why it’s important that you feel at home in your borough. So to help you make the right decision, let’s answer a crucial question: what are the boroughs of New York  and how do they differ?

Chances are you’ve already looked up a map of New York City boroughs and know the general location of each one, but that doesn’t tell you anything about what it’ll be like to live there. Even if you think you know a little about each one, there’s always more to discover (we’re from here, and we don’t even know everything!). For example, did you know that Manhattan has more to offer than skyscrapers and 5th Avenue? And that Brooklyn is more than warehouse art galleries and hip coffee shops?

With so much to explore, let’s get started. Here’s everything you need to know about the 5 boroughs of NYC.

Anyone who’s visited New York City as a tourist most likely spent the majority of their time in Manhattan. This is where you’ll find the iconic skyscrapers, yellow taxis, Central Park, museums, and the setting of Friends.

Geographically this borough is small, but there are dozens of neighborhoods, all with different costs of living. While it’s the most expensive borough, there are areas that provide affordable rental prices. If you enjoy fast-paced living and don’t mind a smaller apartment, Manhattan is for you.

While Manhattan is the most expensive of the boroughs of New York, there’s a lot of variation. For example, if you stay in the northern end of the city in Washington Heights, rents average out at $2,800 per month. However, if you’re looking at views of Washington Square Park in the West Village or the treetops of Central Park in the Upper East Side, you could easily find yourself paying five figures per month.

Manhattan is the ultimate city living experience, and that means living with all the hustle and bustle that comes with that. It’s full of prime real estate, public transit convenience, and human connections. In Manhattan, you won’t want for much. Want a taco at 3am? Chances are there’s one a short walk away. Need to get somewhere in a rush? There’s probably at least three different trains nearby that can get you there ASAP.

It’s certainly an exciting place to be and gives you the real New York City experience — just bear in mind that it comes at a cost, not all of which comes in the form of rent payments. Bars and grocery stores tend to be more expensive and most apartments are significantly smaller in Manhattan than the other boroughs, so paying for extra storage space may be necessary.

Many New Yorkers argue that Brooklyn is Manhattan’s cooler sister. Beyond the famous Brooklyn Bridge is the most populous of the NY boroughs. In fact, Brooklyn is the most populous city in America — trailing only L.A. and Chicago. The area keeps growing as people are discovering the magic of Brooklyn’s unique vibe. Full of historic low-rise buildings and captivating parks with those signature New York benches, it’s no wonder people are flocking to Brooklyn’s many neighborhoods.

Brooklyn has become synonymous with art, culture and music — made famous by New York’s hip hop scene, Bushwick’s street art, and the historic streets of Cobble Hill and Forte Greene. Within this massive borough, each neighborhood has something for everyone.

The locals in Brooklyn love living here because they’re still within easy reach of the amenities of the big city — without feeling hemmed in. Expect more space, more green spaces, and a culture all its own. Its craft beer scene is the pride of New York! The main downside to living in Brooklyn is that the trains center around getting in and out of Manhattan, which can make moving around Brooklyn a bit tough. However, there are plenty of buses that run across this hip borough.

The Bronx is best known as the home of the world’s most famous baseball team: the New York Yankees. But the Bronx has so much more to offer! Featuring the biggest park in New York and one of the county’s best zoos, it’s also the birthplace of hip-hop and offers a wealth of culture and history.

You’ll find the Bronx across the Harlem River, to the north of Manhattan. In addition to countless restaurants and bars, you’ll have easy access to the Yankee Stadium, the Bronx Zoo, Pelham Bay Park, and more. The only downside is if you look at the New York boroughs map, the subway transport within the Bronx isn’t ideal.

The Bronx is more affordable than Manhattan or Brooklyn, which is why it’s so popular among students who have just moved to the city. If you consider affordability more important than being in the center of New York City, an apartment across the Harlem River could be for you.

With a less urban feel to it, the Bronx is full of parks and offers more open spaces than many of the other boroughs. Public transport in the Bronx is designed to take people into Manhattan, so if you want an affordable apartment and an easy commute into the city, this is a great neighborhood. However, if you need to get around the Bronx, it may be worth looking up your commute before deciding on this borough (or getting a bike!).

Queens is geographically the largest of the boroughs of New York. Conveniently close to the perks of the big city, commuting into Midtown couldn’t be easier from popular neighborhoods like Astoria. Do you think of yourself as a foodie? Then Queens is definitely the place for you! Whether you want food, culture, live music, or more affordable prices than Manhattan and Brooklyn, you can find it all here in Queens.

Parts of Queens offer studios for as low as $1,100 per month. However, even a good-sized two-bedroom can cost $3,500. If you want a modern NYC apartment with a view, Astoria has plenty of waterfront high rises to choose from with better prices than those across the East River. Queens is one of the cheapest boroughs, making it a great starting point for newcomers. While you’ll have less access to the big city amenities, you’re close enough to the city for quick trips and the view of the Manhattan skyline can’t be beat.

If you prefer the suburban lifestyle without being too far from the action, Queens might be for you. Housing prices are on par with other big cities throughout the U.S., making it an affordable place to get out of the renting cycle. Cultural diversity, suburban luxury, and big city perks are all reasons to move to Queens.

Staten Island is probably the one you couldn’t remember — many people refer to it as the “Forgotten Borough” of New York City. It’s connected to the other four boroughs via a (free) ferry from Manhattan. Staten Island is best known for its family-oriented lifestyle and slower pace.

Staten Island is great for those who want more space — especially private outdoor space. Other advantages include botanical gardens, zoos, and the rarest of all sights in the Big Apple: backyard pools.

Staten Island is perhaps the most affordable of all the boroughs of New York. It’s also one of the few places where you can hope to buy a home at a reasonable price. Average rents hover around $1,400 per month, whereas the median home value is $530,000.

If you’re looking for that fast-paced New York City lifestyle, Staten Island is not for you. However, if you want more space while being just a quick hop, skip and ferry ride away from it all, then Staten Island is perfect. This is the closest you’re going to get to genuine suburban living in NYC, which makes it the perfect place for families.

Make Your Move with Lou

New York City is one of the few places in the world where you’ve got multiple cities in one. Choosing the right neighborhood is crucial, so we highly recommend spending time in each borough and its respective neighborhoods. Once you’ve decided, secured your apartment, and marked down your rental day, leave it to Lou to get your move done.

Lou Moves You is the chillest local NYC moving company run by locals. Whether you’re new to the city or an NYC veteran looking for a change, let born-and-bred New Yorkers get the job done right. Request your free quote today!

So if you need movers in NYC,
call Lou and let’s get movin’. 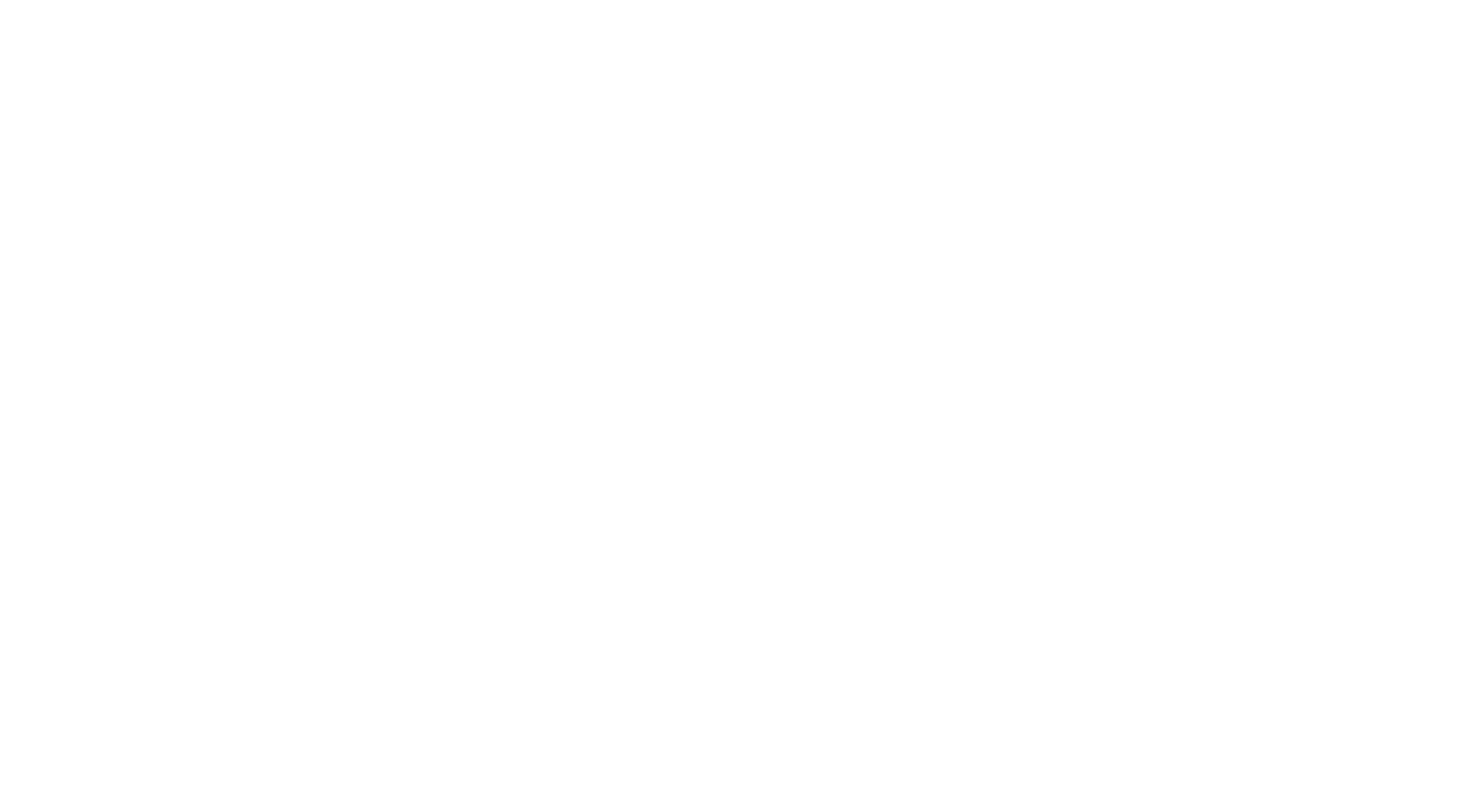 Get a quote
Menu